An Interview with Yours Truly

The inimitable C. Stuart Hardwick has an ongoing interview series with Writers of the Future winners.  This month, he’s tabbed me as his “veteran” interviewee.  Interested parties may find the results here.

In it, we discuss the effects of winning the contest, bits of workshop wisdom, and corn.  Because no interview is complete without a discussion of corn.

If anything can bring this blog out of its state of suspended animation, it would be my annual Oscar prediction post.  That’s how seriously we take the Academy Awards here at fabulous Chez Rotundo.  So here goes.

I’ve seen 3 of the 9 Best Picture nominees this year, for what that’s worth. (Hint:  Not much.)  For the record, those films are Arrival, Hidden Figures, and La La Land.  My personal favorite of those three?  Arrival, by a rather large margin.  But I can’t vote, so let’s get into predicting how the Academy of Motion Picture Arts & Sciences will.

I’ve said in the past that the Academy rarely nominates bad pictures, but it does sometimes honor overrated ones.  Take, for example, 2011’s The Artist—a fluffy confection telling a story done much better decades earlier, in Singin’ in the Rain.

And speaking of fluffy confections, this year we have La La Land.  It’s an entertaining film, but that’s about as far as I’m willing to go.  The songs are largely forgettable, the singing merely passable, the plot simply cliché.  Best film of the year?  Not even close.  But remember the wit and wisdom of William Munny:  “Deserve’s got nothin’ to do with it.”  It’s won top honors from the Directors Guild, the Producers Guild, the American Cinema Editors, and the British Academy of Film and Television Arts.  A lot of those voters are members of the Academy, too.  And the way Best Picture votes are counted favors a film that many people think is good over one that a few people think is great.

So there you go.  Even though you’re likely to hear a lot of heated political rhetoric on Oscar night, the Academy’s top award will go to an innocuous, nostalgic embrace of old style Hollywood.  La La Land in a walk.

The DGA went to Damien Chazelle for his work on La La Land, and that award is a very accurate predictor of this category.

Emma Stone, for La La Land.  Isabelle Huppert has a very outside chance of an upset, for her performance in Elle, but Stone won the Screen Actors Guild award, and that’s enough for me.

This one looked like Casey Affleck’s to lose, for Manchester by the Sea.  But then the SAG went to Denzel Washington (Fences).  And the press Affleck has gotten recently certainly won’t help his cause.  Washington, on the other hand, is highly respected in the industry.  I’ll go with SAG here, as I so often do, and pick Washington.

This is a category that has been historically prone to upsets, but not this year, I think.  Viola Davis looks to be a lock.  She’s been nominated twice before, her role in Fences is a lead rather than a supporting one, and she won the SAG and the BAFTA.

The SAG went to Mahershala Ali, for Moonlight, so that’s the way I’ll go.  And hey, after last year’s complaints about lack of diversity at the Oscars, how about a year when three of the four acting awards go to people of color?

Here’s one award that I don’t see going to La La Land.  Its charms come from sources other than its script.  I’m figuring BAFTA winner Kenneth Lonergan for this one, for Manchester by the Sea.

If I had a vote, it would go to Eric Heisserer, for Arrival.  The Writers Guild agreed with me.  But I don’t get a vote, and we all know how AMPAS feels about science fiction—in a word, icky.  Interestingly, the WGA winner for original screenplay, Moonlight, has been classified as an adaptation for the Oscars, due to some rule quirks.  So I see Barry Jenkins and Tarell Alvin McCraney winning, for Moonlight.

The general rule here is Never Pick Against Pixar, except that Pixar didn’t get a nomination in this category.  However, its parent company did, for Zootopia and Moana.  Given the near-universal acclaim for the former film, and the fact that it has won the PGA, ACE, and Annie awards, I think it takes home the animated prize.  Kubo and the Two Strings could pull an upset, but I don’t see it happening.

The critics adored Germany’s Toni Erdmann.  But Asghar Farhadi has a previous win in this category, for A Separation.  And the attendant press regarding Farhadi’s boycott of the ceremony this year in protest of the Trump administration’s immigration policy has put something of a spotlight on him.  I’m picking The Salesman to win.  But as always, one could throw a dart at a dartboard and just as easily nail this category.

The American Society of Cinematographer’s top award went to Grieg Fraser for Lion.  But ever the rebel, I’m picking against the precursor guild winner here.  Oscar has an odd fascination with long tracking shots—cf. Emmanuel Lubezki for Birdman.  Guess which nominee opens with a long tracking shot?  Why, that would be La La Land.  All that kinetic camera work by Linus Sandgren seems more likely to nab the Oscar.

Your watchword for this category (and several others) is flashy.  The Art Directors Guild loved those Golden Age sets for La La Land, so expect it to win here, too.

Here’s an award that historically goes hand-in-hand with the Best Picture winner—except that it hasn’t lately.  In the 2000’s, Best Picture and Best Editing went to the same film 7 of 10 times.  So far in the 2010’s, it’s only happened once, for 2012’s Argo.  Maybe I’m reaching, and maybe I’m a letting my heart overrule my head, but I’m thinking Joe Walker’s skillful handling of the myriad time jumps in Arrival will be enough to garner an Oscar, beating out La La Land.  And Arrival won an Eddie, too. What I’m saying here, it could happen.

La La Land won the Costume Designers Guild award in the Contemporary category.  But the Contemporary CDG winner has never won an Oscar.  This one always goes to either period pieces or flashy (there’s that word again) SF/fantasy films.  So I see BAFTA winner Madeline Fontaine winning, for Jackie.

So there’s a musical that’s about to win Best Picture.  What do you think the odds are that its score will also get an Oscar?  Pretty good, I’d say.  BAFTA winner Justin Hurwitz, for La La Land.

So there’s a musical that’s about to win Best Picture.  What do you think the odds are that . . .

Well, hold on.  Crazy as it may seem, I’m picking against La La Land in this category.  For one thing, the songs just weren’t all that great.  For another, two songs from the film have been nominated—“Audition (The Fools Who Dream)” and “City of Stars.”  The latter has been getting a bit of a push from the studio, but for my money, the former is superior to it.  The point is that I see those two splitting the vote.  And for yet another thing, there’s Lin-Manuel Miranda, nominated for “How Far I’ll Go,” from Moana.  Seems like everything he touches turns to gold.  So I’m going out on a limb here, and picking Miranda to get his EGOT.

You haven’t seen any of these films.  Neither has anyone else in your Oscar pool.  Don’t sweat it.  I’m picking The White Helmets.  You do what you want.

War movies (hello, Hacksaw Ridge) do well in this category.  But so do musicals.  The Cinema Audio Society honored La La Land.  It’s my pick here.

What to do, what to do.  Doctor Strange‘s mind-bending city folding, à la Inception?  Or The Jungle Book‘s photorealistic CGI animals, à la Life of Pi?  Coin flip.  I’m going with The Jungle Book.

So I’ve managed to see this year’s live action and animated short film nominees.  You might think this would give me an advantage in predicting winners.  Not so much.  If anything, it makes the decision harder, and is no guarantee of accuracy.

Usually, the nominees in these categories are a mixed bag, but this year’s crop is pretty impressive, especially among the live action shorts.  I was genuinely moved by Silent Nights.  Sing (not to be confused with the animated feature of the same name) made me feel like cheering.  Timecode was charming, and featured a hilarious last line.  Ennemis intérieurs was tense and sobering.  Even La Femme et le TGV will bring a smile to your face.

So what to pick?  I have seen that whimsical stuff has fared well in this category in recent years, so I’m going with Palme d’Or winner Timecode.  But I wouldn’t be surprised to see either Silent Nights or Ennemis intérieurs win.

I mentioned earlier that the rule for Animated Feature is Never Pick Against Pixar.  But Pixar has not had anywhere near the same level of success in the Animated Short Film category.  Nevertheless, I’m taking a deep breath and picking Piper for the win here.  Water has been notoriously difficult for 3-D animation, but the sea foam in Piper is startlingly rendered.  The same goes for the animals.  The film also won an Annie.  And it’s friggin’ adorable.

And there you have it.  Best of luck with your own picks.  Enjoy the show! 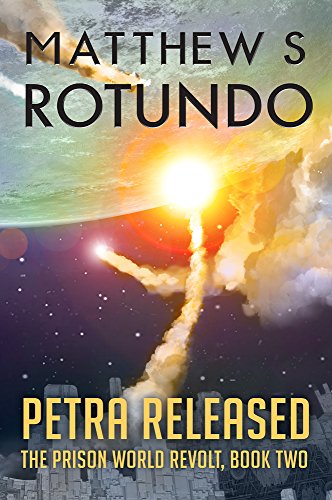 If you’re looking for a non-Kindle version of Petra Released, today’s your lucky day!  You can now find it at any of the following outlets:

Where To Buy Petra Released